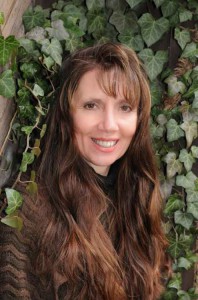 Big Brothers Big Sisters of Cumberland and Salem Counties has had storied and impressive success in uplifting the youth of South Jersey through mentorship and community engagement. In recognition of this legacy, WRI is honoring its President and CEO Donna Bennett as our Non Profit Sector South Jerseyan of the Year on April 28th at the 15th Annual Walter and Leah Rand Awards and Scholarship Dinner.

Donna Bennett received her Bachelor of Science in Visual Communications from the University of Delaware and worked as an Art Director in an advertising agency prior to joining Big Brothers Big Sisters. She became President and CEO of Big Brothers Big Sisters of Cumberland and Salem Counties in 1992 after having served as a volunteer since 1986. During her tenure, the organization has experienced annual revenue and program growth. In 2015, Big Brothers Big Sisters served 387 children (304 through one-to-one mentoring and 83 through special event activities). She stresses that all children should have a strong sense of belonging within their family, school, and community. She credits this to the protection and guidance she received from her family along with her experience as the oldest of four siblings.

Ms. Bennett was a founding advisory member and alumni member of the first graduating class of Leadership Cumberland County. In 2010, Ms. Bennett served on the Big Brothers Big Sisters of America Brand Protection and Standards Task Force. In 2004 Donna received the Liberty Bell Award awarded by the Cumberland County Bar Association and in 2008 received the CEO of the Year Award from  Big Brothers Big Sisters of America.

Donna loves nature and living by water in South Jersey.  She approaches everyday with this thought: “however you are called upon to serve, serve with grace as your style, gratitude as your attitude and humility as your touchstone.”