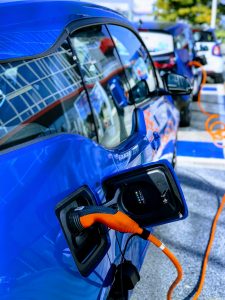 The New Jersey Legislature considered a number of important issues in the 2020 lame-duck session such as cannabis legalization, corporate tax incentives, high school testing, a vaping ban, dark-money limits, and others. The session also included the Electric Vehicle Bill (S2252/A4819), sponsored by Senator Bob Smith (D) and Senator Linda Greenstein (D). It passed 27-12 in the Senate and 65-9 in the Assembly. And on January 17, Gov. Phil Murphy signed the bill into law.

The Electric Vehicle Bill is a step towards clean energy and reducing emissions from the transportation sector, the largest source of greenhouse gas emissions (42 percent) contributing to global warming. According to its sponsors, implementing this bill will contribute significantly to the state’s air pollution and energy goals by 2025. It drew support from environmentalists throughout the state.

The bill aims to grow the electric vehicle market across the state by improving New Jersey’s electric vehicle infrastructure and offering concessions on vehicle sales. It focuses on two of the biggest concerns that consumers have when considering electric vehicles: range and cost.

Because this is an emerging industry, range anxiety, or the fear of running out of power and not having access to a charging station, is a real concern for consumers . To address this, the State will install a minimum of 600 fast-charging and 1000 slower-charging stations, in addition to those that already exist across New Jersey. At least 100 will be placed along travel corridors and 200 stations will be located within communities. Additionally, by 2025, “25 percent of  all  multi-family residential  properties  in  the  State  shall  be  equipped  with  electric vehicle  charging  equipment  for  the  routine  charging  of  electric vehicles  by  residents,” as noted in the bill. The law also establishes an Electric Vehicle Working Group within the Department of Environmental Protection. Made up of government officials, a port executive and utilities and EV experts, the group will create a comprehensive Statewide Vehicle Charging Infrastructure Plan.

The bill also seeks to reduce the cost of electric cars, a second major concern for would-be electric motorists, with up to $5,000 in incentives and rebates. Each year, up to $30 million will be available for rebates. The majority of funding will be drawn from an existing New Jersey ratepayer subsidized fund and money raised through emission caps as part of re-entry into the Regional Greenhouse Gas Initiative. This is in addition to the New Jersey sales tax waiver already in place, and federal tax income tax credits that are available on certain electric car purchases.

In 2012, there were only 338 electric vehicles registered in the State of New Jersey. In 2018, the number had jumped to 23,267. According to the goals outlined in the bill, more than 330,000 electric vehicles are to be on the road by 2025; 2 million by 2035; and by 2040, more than 90 percent of vehicles registered in New Jersey will be electric. The legislation also mandates that 10 percent of New Jersey Transit buses will become electric by 2024 and increase to 50 percent by 2026― with an ultimate goal of a completely electric fleet by 2032.