**As New Jersey begins reopening, we will be posting updates three times per week (M-W-F) at 9 a.m.**

**Data like these are inherently noisy. Recently, the Johns Hopkins Coronavirus GitHub, where we get our data, has recorded “negative” increases in confirmed cases in some counties in New Jersey.  This likely reflects updates to database records in New Jersey. This could give a misleading impression about case counts. For counties with reports of “negative” new cases, we report the data as missing in the heat map. We smooth the data over a 7-day period to help account for the noise. In late June, the state began to include probable deaths as well as confirmed deaths in the numbers reported to the Johns Hopkins database.  This caused a large spike in the reported number of new deaths. We included these in the total deaths, but took the spike out of the incremental day analysis to avoid a misleading spike in the graph. Each date’s data point includes the average of data three days in the future and three days in the past. Please consider these daily plots as a useful rough sketch. State reports and detailed models provide additional information.

Regional Definitions (based on disease progression)

**Note: the regional definitions are not the typical North/Central/South outlines and are based on disease progression throughout the state.** 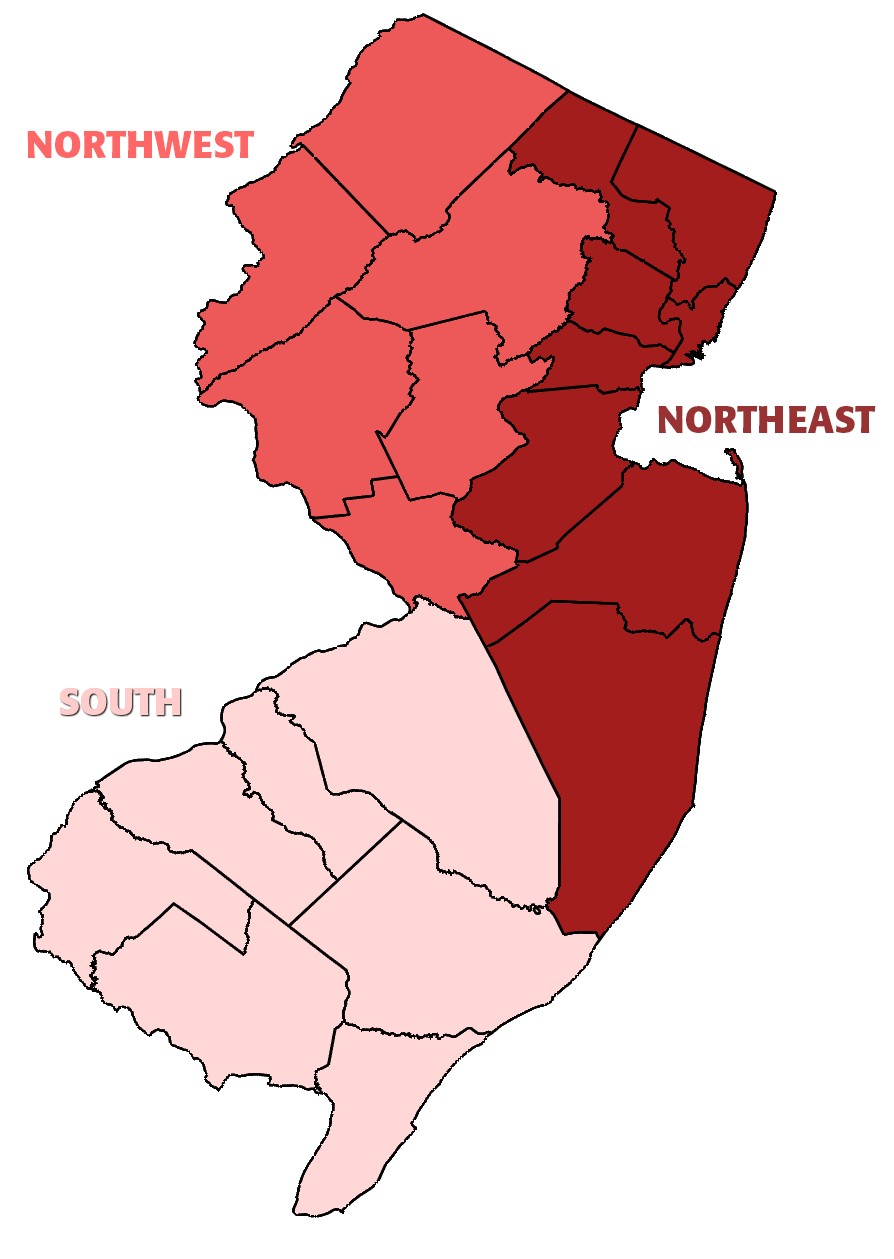 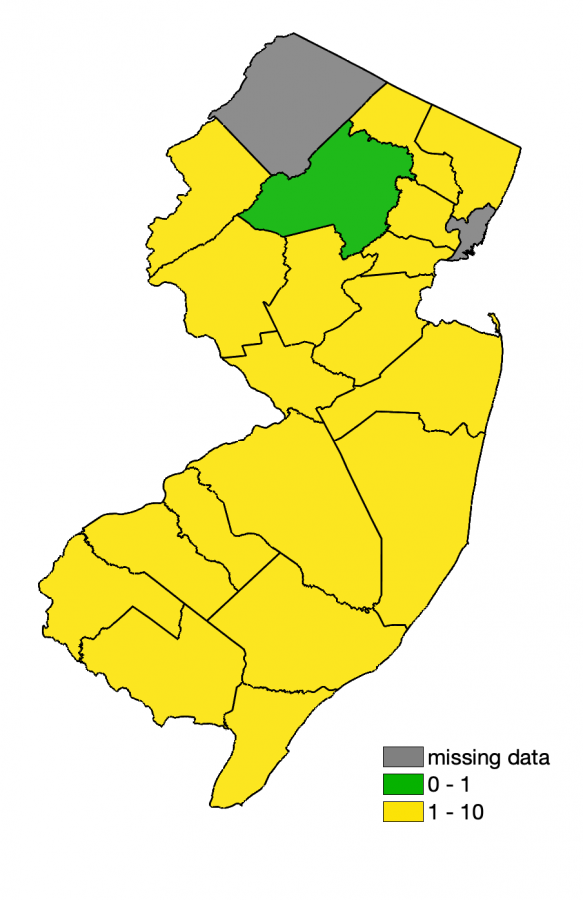 Where we are now: New Deaths Each Day Per 100,000 Population

The plots here visualize the progress of COVID-19 across three regions in New Jersey. New cases (first figure) and new deaths (second figure) are shown on the y-axis, and time (in days) is shown on the x-axis. To account for population differences between the three regions, we plot the number of new cases (or deaths) per 100,000 population. For example, if the value on the y-axis is 10, that would mean that 10 out of every 100,000 people tested positive for COVID-19 the previous day. The first day on the graph is March 22, 2020.

We plot a rolling 7-day average of the data. This means that each days number is an average of 7 days. We do this because there are variations in the time it takes to report deaths. For example, a health department might be overwhelmed and unable to enter all the deaths on one day, making the numbers look lower than they should.